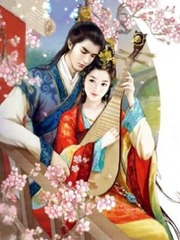 What is The Good-For-Nothing Cultivator

The Good-For-Nothing Cultivator is a popular web novel written by the author Avidfan, covering ROMANCE, STRONG FEMALE LEAD, COMEDY, CULTIVATION, ADVENTURE, REINCARNATION, EASTERN FANTASY, MASTER AND DISCIPLE, SENIOR BROTHER, Fantasy Romance genres. It's viewed by 1.2M readers with an average rating of 4.83/5 and 22 reviews. The novel is over and can be read all 242 chapters in Webnovel with all rights reserved.

Is he just a good-for-nothing cultivator or a monstrous-genius-cultivator? He will soon find out. This is a romantic reincarnation story between two ill-fated lovers. She is now his master and he is now her disciple. Can they ever be together in this lifetime? Do you know that when you had left me… You have left behind a void that is in my heart… At that time when you had left me forever… My heart has been in solitary ever since… Ever since that my heart had always been sorrowful… My melancholy heart bears the loneliness for your return… He used to be one of the most OP immortal before his immortal life was ended by another powerful immortal. Now he is the good-for-nothing cultivator or is he? Will he regain the memories of his past? Unfortunately, there are many that do not want him to regain his past memories and wish that he will be a good-for-nothing cultivator forever. There are a total of seven celestial levels in order to cultivate as a celestial cultivator; Practitioner, Master Practitioner, Enlighten Celestial, Immortal Celestial, Golden Celestial, Golden Supremacy and Sacred Saint.

My Senior Brother is Too Steady