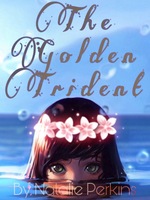 What is The Golden Trident: Book 1

The Golden Trident: Book 1 is a popular web novel written by the author ItsJustNat, covering ACTION, ADVENTURE, EVIL, OCEAN, PRINCESSES, GUYS, UNDERWATER MYSTERIES, Teen genres. It's viewed by 17.4K readers with an average rating of 0/5 and 2 reviews. The novel is being serialized to 49 chapters, new chapters will be published in Webnovel with all rights reserved.

Ava Reid is a Princess in the Reid Castle. Except, she isn’t like a princess at all. She hates the parties, the giant gifts, the huge surprises, she would rather be swimming in the pool. I know it seems like any other princess story, but trust me, the twists in this series will surprise you even more than normal. I hope you enjoy this story, it might be your next page turner. Excerpt: "You're what?" "A titan," Blake nervously stutters, "You know, big tall guys.. crazy powers.." "I know what a titan is... I just... Are you still the same blood as me?" "Of course I am! I was just born with more powers than you," Blake sneers. "Oh shut up bone-head.." "Messed up hair!" "Crazy attitude!" "RUDE BEHIND!" "FAKE NAILS!" Ava looks down at her acrylics, "You got me there." "HA! Anyway, we can't tell mom and dad that you know." "Why?" "The queen might find out... and... she will use me as an advantage. Right now she just thinks of me as a normal citizen." "Bro what use can you be to a QUEEN?" "I have a pretty big destiny.. she will want to stop that. Which is why we have to protect each other. We both have a titan sized destiny." "I see what you did there, and I guess that's fine. But it will be pretty hard hiding it from them. Warning, imma hugger!" "Then I should leave.." "NO NO NO NO I'll be good!! I'll make sure they never know that I know." 'She knows..' Eric thinks to himself. He has been watching them since they went on the porch. The faces they made, the words they mouthed, then their hug. 'I'm almost certain she knows. Unless they have an interest in each other...' Eric laughs at his own thought. 'Blake isn't THAT handsome. But he does get his looks from me.' He stares at them through the kitchen window. 'But they are happy... As long as the queen doesn't find out, I'm chill..' Eric finishes cooking, about to call them in.