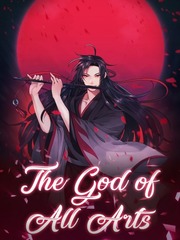 The God of All Arts

What is The God of All Arts

The God of All Arts is a popular web novel written by the author Synergy, covering GOD, CULTIVATION, ROMANCE, REINCARNATION, MODERN, FAMOUS, HANDSOME-MC, Magical Realism genres. It's viewed by 12.1K readers with an average rating of 0/5 and 3 reviews. The novel is being serialized to 3 chapters, new chapters will be published in Webnovel with all rights reserved.

Among these less fortunate races was the Human race, a weak people with a tiny life expectancy, which made it very difficult to create an adequate Cultivation Technique. But it is not because it was difficult to achieve immortality that no human had ever achieved... no, some humans had already managed to attain divinity during the millions of years of their existence, but compared to other races, the number was tiny. Among those humans who attained Divinity, was Wang Feng. A handsome man, who by his looks, people would think he was only 23, but in fact, even with that youthful appearance, he had already lived for tens of thousands of years. Known for being the God of all Arts, Music, Performing Arts, Painting, Sculpture, Architecture, and Literature, Wang Feng created the 6 Immortal Wonders, 6 masterpieces that caused the destruction of half the Universe. Now, Wang Feng has reincarnated in the body of a young teenager on our Earth with the knowledge of a God of all arts, what will he do?