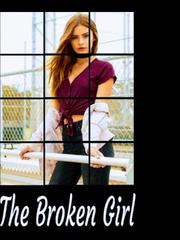 The Girl With The Broken Family

What is The Girl With The Broken Family

The Girl With The Broken Family is a popular web novel written by the author Sashly_Levis, covering Contemporary Romance genres. It's viewed by 153K readers with an average rating of 4.77/5 and 60 reviews. The novel is being serialized to 73 chapters, new chapters will be published in Webnovel with all rights reserved.

Charlie Brown, a 17 year old teenager gets kicked out of her home after a tragic incident that took the life of her father. With the burning agony of facing an ignorant mother plus a combination of pain and guilt, Charlie is forced to move in with her Aunt Rebecca from Clarksville to Orange Hill, thereby leaving her twin brother carter behind. As Charlie moved in with her aunt Rebecca, her aunt takes up her sister responsibilities in being the mother figure in Charlies life. Since her sister Munchy couldn't be a good influence in Charlies life. The main reasons Munchy hates Charlie is because she reminded her of her husband she arranged to murder, and she reminded her of herself when she was growing up. Charlie then faces changes and challenges in her once little almost perfect life, but then her world comes crumbling down slowly. One day she accidentally crosses paths with her father, whom she had loved the most. The man she had believed died in a car crash and had left her completely. Why did Munchy wanted William her husband dead so badly? How on earth is William not dead after Munchy arranged his death? How does Charlie feel inside after hearing that her father was dead? what did munchy say or do to make Charlie move to her aunt house? Read to find out what happens to Charlie and to know the answers to the questions above.

Should have been better