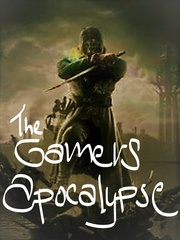 What is The Gamer's Apocalypse

The Gamer's Apocalypse is a popular web novel written by the author HellionPrime, covering R-18, SYSTEM, REINCARNATION, HARÉM, OVEPOWERED MC, WAR, ACTION, SCIENCE FICTION, SPACE BATTLE, ROBOT, Sci-fi genres. It's viewed by 2.4M readers with an average rating of 4.22/5 and 147 reviews. The novel is being serialized to 117 chapters, new chapters will be published in Webnovel with all rights reserved.

Adam is a neet, a bum, a good for nothing lowlife living in his parents house at the age of 30. No job, no friends and no girlfriend. He spends all day in front of his computer playing video games. One day due to some freak storm, a lightning strike hits his house and electrecuted him while playing an mmorpg game. When he regains his senses, he wakes up in a Post apocalyptic world. The thing is he also realize that he somehow got a game like system power. He can now view his stats. He can store items in his storage window. He gains abilities and skills and he can also level them up. But his ultimate power is the ability to save and load his progress. Author's note: Expect alot of Remorseless killings. The MC does not care about those who he killed. Expect the MC to be overly OP without the need to work hard for it. Expect the girls in his harem to wet their pretty little pussies at first site of him. I hate drama, so no mushy dialogues here. You need to read between the lines, this story is not for idiots and please no morons either. If you're a primadonna, better find some other novels to read. This is not for you. Keep in mind at all times that the author is EVIL. I take lollipops from kids. I tear their cute little teddy bears apart and scatter their cotton insides through the wind. Alright is that enough, this should already give you enough ideas on what to expect inside! If you wish to read a stress free story, where everything works out for the MC, then go ahead read. ^^