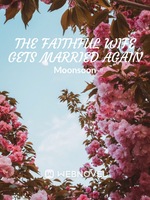 The faithful wife gets married again

What is The faithful wife gets married again

The faithful wife gets married again is a popular web novel written by the author Moonsoon, covering ROMANCE, MODERN, SHORT-CHAPTERS, INTERESTING, Contemporary Romance genres. It's viewed by 1.4K readers with an average rating of 0/5 and 0 reviews. The novel is being serialized to 3 chapters, new chapters will be published in Webnovel with all rights reserved.

Aiko Lee a fateful wife that would do anything for the man she's married too named Eric Roger, the heir of a million dollars company; they've been married for 6 years until Eric (a/n: the dumbass) suddenly decided to divorce her?! Now that Aiko is divorced and single again what will she do? Who will she meet? and will the fateful wife ever trust someone enough to get married again? Not to mention her now ex-husband was taken by her step-sister that left her for dead. And More importantly, will she regret the choices that she makes in order to get revenge and a better life.