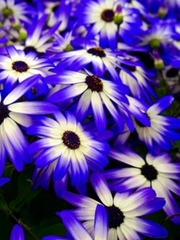 What is The Exiled Villianess Returns

The Exiled Villianess Returns is a popular web novel written by the author Tblewit, covering FEMALE PROTAGONIST, ROMANCE, R-18, REVENGE, TRANSMIGRATION, POWERFUL FEMALE LEAD, MYSTERIOUS BACKGROUND, PREGNANCY, OTOME GAME, ARISTOCRACY, Fantasy Romance genres. It's viewed by 33.1K readers with an average rating of 0/5 and 3 reviews. The novel is being serialized to 23 chapters, new chapters will be published in Webnovel with all rights reserved.

She regains her memories of her past life just as she triggers her own death flag. She barely manages to escape the death sentence via a last-minute intervention by her loyal half-sister. It was the result of a butterfly effect, a calculated divergent from the original storyline. Small as it was, it paid off in the end. No one could deny her precious, delicate sister anything. It was a fact she had taken advantage of without even realizing it(She hadn't yet gained her memories when she put the plan into action). Now she must adjust to having her engagement to the Crown Prince broken, her status as a Duke's daughter revoked, and being sentenced to exile at the edge of the Kingdom. Though it was a sudden turn of events, she had thought she would be fine. Her bad ending was inevitable, after all. She knew that, as she was now the villainess (Aka the mean girl) of a very popular otome game. She was just happy that she was still alive. ...But what is this? Why is she suddenly waking up on a ship, surrounded by women who are crying? What was this? What had happened? Wasn't she just supposed to be transported to an old rural village just outside the Kingdom to be exiled in? Why was she on a ship!? That is when she notices the brand around the women's neck, the ones that mark them as merchandise yet to be purchase. It is then that the realization hits her; Her exiled had just been a facade to shrowd the sly workings of someone who wasn't happy about her avoiding the death sentence! Her fury upon the discovery is one she never experienced before. Will this newly aware villainess be able to survive the cruel fate that has been forced on her? Will she be able to hold onto her life long enough to return and seek vengeance on those who cursed her to a fate worsed then death? Yes. She would. No matter what she had to do, no matter what price she had to pay, she would return and reign hell on all those who wished to see her suffer. Note: If you are tired of silly one-dimensional characters, tyrannical MLs who always get the girl, abusers who get off easy, like drama, a bit of mystery, and a bit of vengeance, as well as a female protagonist who isn't demure, is strong, not a pushover, and maybe a little evil, then this is the story for you.

Is always Happy After Ending?

HER SECRETS, HIS LOVE

The Woman and Debt

I Choose The Villain Duke

Summoning of the Villainous Heroine