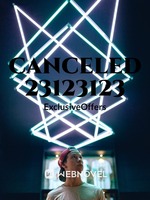 What is The Exalted Young Master

The Exalted Young Master is a popular web novel written by the author ExclusiveOffers, covering R-18, HAREM, OP-MC, CULTIVATION, ROMANCE, OLDER LOVE INTERESTS, OVERPOWER-PROTAGONIST, YANDARE, Eastern Fantasy genres. It's viewed by 49.7K readers with an average rating of 4.9/5 and 10 reviews. The novel is being serialized to 8 chapters, new chapters will be published in Webnovel with all rights reserved.

The Strongest sect in all the Myriad Worlds is an all female sect called Seraph's Throne. They remained standing at the top and even began to look down upon men, but that would all change when the sect master happens upon a baby boy. This baby boy, who's origin is unknown, was already a gold core stage cultivator and he was only an infant! How could he be cultivating when he doesn't even have cognitive function?! The Sect Master picked up the boy and was stunned by his beautiful appearance it was nothing like she had ever seen before! Even as an infant she could tell he would grow up to be the most handsome man in the world! She wanted nothing more right now than to cuddle with the baby and squish his cute cheeks. She heard the wind rustle the leaves near hear and immediately grew defensive not wanting anyone to know about her discovery. She scanned with her spirit sense and noticed no one near her, so she tucked the boy away and flashed towards the sect secretly. ~~~ Releases will be when I have the time. This is just a fun part time hobby for me. I have a job, and it takes precedence, so sorry about that I guess. :/