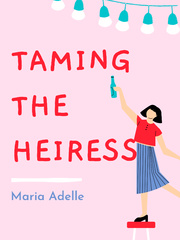 Adaline was so in love with her husband that even though he cheated on him over and over again, she still chose forgive him. She was stupidly in love with Terrance that she turned a blind eye to every insult that she's getting from him and his mistress. She wanted their marriage to last. So when Terrance decided for an annulment, she went down on her knees and begged him not to leave her. But he did not listen to her. Instead, he just turned his back on her and went with his woman. It took her 4 years to finally move on and to change herself. To turn herself into a stronger and boulder, Ada. And now, she's back. She's finally back with a vengeance. She will make them pay, she will ruin their lives just like what they did to her. He will give Terrance and his mistress, the dose of their own medicine. It's payback time. It's time to get her revenge.