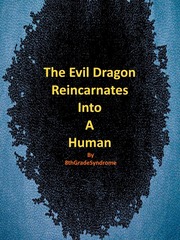 The Evil Dragon Reincarnates Into A Human

What is The Evil Dragon Reincarnates Into A Human

The Evil Dragon Reincarnates Into A Human is a popular web novel written by the author 8thGradeSyndrome, covering REINCARNATION, ROMANCE, CHEAT, POWERFUL MC, SYSTEM, FANTASY, ACTION, ADVENTURE, Fantasy genres. It's viewed by 367.6K readers with an average rating of 4.53/5 and 27 reviews. The novel is being serialized to 20 chapters, new chapters will be published in Webnovel with all rights reserved.

[ Novel Transfered To New Site: https://www.ringdomstory.com/novel/%2B%2Bb1St8aKSSdqdEzRTm6dQ%3D%3D-The-Evil-Dragon-Reincarnates-Into-A-Human.html ] Legend has it that if an Ancient Dragon lives over the age of a million years, then they will reincarnate as a human. What people don't know was that the legend was in fact true, the Ancient Dragon who is also known as the infamous Evil Dragon reincarnate as a human baby. What's more, he reincarnated as a royal, the first born son of the Emperor, but it was an unfortunate occurrence that the court magician was unable to gorge his power and so they all thought that he was a trash. Under the order of the Emperor, he was abandoned in a far away forest, and so his dream to become an adventurer instantly crumbles down. Whether it was the work of God or not, but just as he was about to starve to death in the forest, he met the Earl couple who was being chased by bunch of goblins. ======================== Join Discord! -->  https://discord.gg/JzWVCRk  ======================== Resource Used For Cover: Plain Blue Leather Background - Credit: Mockaroon - https://unsplash/photos/SGwvtNLmDeU