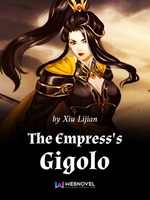 What is The Empress's Gigolo

The Empress's Gigolo is a popular web novel written by the author Xiu Lijian, covering KINGDOM BUILD, MALE PROTAGONIST, TIME TRAVEL, COMEDY, Magical Realism genres. It's viewed by 6.8M readers with an average rating of 4.44/5 and 601 reviews. The novel is being serialized to 950 chapters, new chapters will be published in Webnovel with all rights reserved.

In a world where its inhabitants can destroy a city wall single-handedly, the empress has a kirin as her pet, and the imperial palace of Great Xia has a pool containing a dragon. There is also a Sword Mountain where spirit swords occasionally leave in search of a master . Bootlicking the empress, Ren Baqian ascended to the apex of life.

The Sinful Life of The Emperor

My Cold and Elegant CEO Wife

Rebirth: How A Loser Became A Prince Charming