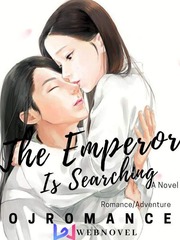 The Emperor Is Searching

What is The Emperor Is Searching

The Emperor Is Searching is a popular web novel written by the author OJROMANCE, covering ROMANCE, ADVENTURE, LOVE, R-18, DRAMA, KISS, MATURE, HISTORICAL, STRONG FEMALE LEAD, FACESLAP, Historical Romance genres. It's viewed by 199.4K readers with an average rating of 4.63/5 and 18 reviews. The novel is being serialized to 62 chapters, new chapters will be published in Webnovel with all rights reserved.

Kleila was just a little girl when she fall in love with someone she shouldn't. Her teacher warned her to stay away but she couldn't stop herself. She just needs to be with the him, at least just seeing him would be enough for her ..so she thought. And so she would sneakingly follow him wherever he goes, hiding behind trees when she feels he's going to see. She'd walk up to him if only he looked at her just once and also if he wasn't the scary Emperor. But then when she thought all hopes were lost, he touched her hair so tenderly, it melted her wee heart and just like that things changed, but just as the Emperor caught her watching his every move, the same goes for when the Emperor's mother found out about her feelings. She secretly sent Kleila out of the kingdom to a faraway land. On her way there, their ship sank during a huge 1718 storm, taking most of the people. There were only a few survivors and Kleila wasn't included and neither was her body found. When the Emperor heard what his mother had done and also what happened to Kleila, he set off to the strange land, in search of her. #adventure #romance #historical

Would You Dance with Me My Lord?

When Your Pain Becomes Mine

Never Date a Man in Pink

We Will Meet Again