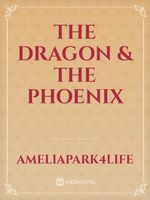 The Dragon & The Phoenix

What is The Dragon & The Phoenix

The Dragon & The Phoenix is a popular web novel written by the author ameliapark4life, covering ROMANCE, ACTION, ADVENTURE, COMEDY, FANTSAY, Fantasy Romance genres. It's viewed by 2.7K readers with an average rating of 0/5 and 0 reviews. The novel is being serialized to 3 chapters, new chapters will be published in Webnovel with all rights reserved.

.After sacrificing their own lives to save the world, the two maiden "Dragon" & "Phoenix" were dead, or was thought to. Their bodies were preserved by the celestial beings and kept inside a castle far from any evil beings or far from the serpent. For 100s of years, the two maidens slumbered in the castle, peacefully, undisturbed by anyone...that was until they woke up. Their identity was hidden away from everyone and they were sent to live at the house of the only humans the celestial beings trusted. Duke Wynknight of the biggest and the most powerful Empire. The two girls need to be extra careful not to reveal their identity, but what's this? There are two new maidens said to be reincartion of "Dragon" & "Phoneix", how is that possible if the "Dragon" & "Phoneix" are alive? Not only that they have to hide from sneaky Crown Prince and Son of richest and most powerful Duke of the Empire.