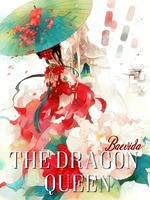 What is The Dragon Queen

The Dragon Queen is a popular web novel written by the author BaeVida, covering ROMANCE, ACTION, CULTIVATION, REVENGE, REBIRTH, EASTERN-FANTASY, FEMALE PROTAGINIST, Historical Romance genres. It's viewed by 6.2K readers with an average rating of 0/5 and 7 reviews. The novel is being serialized to 7 chapters, new chapters will be published in Webnovel with all rights reserved.

After years of training, she becomes the Dragon Warrior. Loved by her people and cherished by the love of her life, she lead the kingdom after the passing away of her father, the King. All seemed well and fine, known to few but unknown to all. Danger awaits... On the day of her coronation, she was poisoned after taking her oath. Rebels appeared, skilled as she was, she had nothing to fear. Until she realizes the bitter truth, she had been poisoned. Slowing and weakening her very being, she fought with the last bit of strength she had. Weak as she was they were still no match for her. Until... Betrayed, she was killed, but not before swearing to the heavens. "I cannot truly die until I have ensured my people are safe". "I don't think so. Death awaits princess". Reborn eight years earlier, before her father's demise. She must find out the truth, and this she can't do by being the Dragon Princess. She needed an identity, to discover it all and to save her people. Join her on her journey to uncover the truth of it all. ---------- Cover page not mine, all credit goes to the original owner. You can message me on discord @ #BaeVida7167 Join my discord for update and discussion. https://discord.gg/xhyKs2 Thanks.