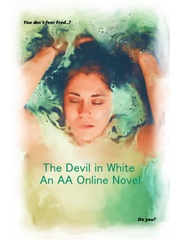 The Devil in White: An AA Online Novel

What is The Devil in White: An AA Online Novel

The Devil in White: An AA Online Novel is a popular web novel written by the author Dance_Like_A_Fool, covering LIGHTHEARTED, SYSTEM, ROMANCE, GAMING, COMEDY, FEELGOOD, ADVENTURE, SUSPENSE, FUTURE, Video Games genres. It's viewed by 111.4K readers with an average rating of 0/5 and 1 reviews. The novel is being serialized to 71 chapters, new chapters will be published in Webnovel with all rights reserved.

https://www.patreon.com/RavensURL Amelia Patrick was your average college student and gamer. Her life was pretty full between her coursework and normal life during the day and her time as a Chronicler and Magical Academy Instructor in Awakened Aspirations Online at night. Suddenly she's dealing with what, time travelers? Virtual Reality ending super level quests? Singing to monsters? Was that a cooking showdown? Amelia just wanted to putter around in her favorite online game not be involved in some super elaborate game world-ending nonsense. There's something to be said for simplicity, and after she is somewhat forcibly recruited into the party led by the enigmatic Devil in White, Aidan, it takes all her wits to just stay afloat. That's not even mentioning the one-armed hurricane named Raven who seems to be taking every possible chance to drive Amelia crazy. Or the tall and handsome Forsythe, a swordsman of incredible skill, few words, and cold eyes. And who is Fred? Why should she fear him? Or not fear him for that matter? --------------------- Vol. I Amelia and her compatriots adventure forth in an all original VRMMO named Awakened Aspirations Online, run by a powerful corporate AI where the upper ceiling of content has yet to be found, skills are being discovered every day, and it's popular to let the world watch you while you quest. ------------------- "You need rules at some point. It was a world far beyond normal rules. Magic. Skills. HP. True death." Aidan sighed. "The rules were 'strike the enemy', 'press forward', 'you are a human being', 'live', 'don't let them die', 'this is the real world', 'laugh and love', 'mourn and grieve', 'remember'." "What's 10?" Amelia asked, counting twice. "Secret," Forsythe said. He was grinning uncharacteristically. "C'mon. We gotta tell her!" Raven complained. "Make an exception." Aidan finally supplied. "Well, what is it then?" Amelia demanded. "Make an exception," Aidan repeated. "Look I get the other ones, mostly, but that last one…" Amelia complained. "There comes a spot in your journey where sometimes you have to break a rule. So we had to have a rule about it." Aidan explained. "Like when?" Amelia chuckled. "Those are pretty all-encompassing generic rules." "Like when we fought the final boss and died," Aidan said simply, silencing her. "I imagined more," Forsythe admitted. "Rules?" Aidan asked, perplexed. "No, from death," Forsythe said.