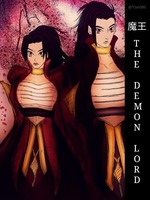 What is The Demon Lord ||BL

The Demon Lord ||BL is a popular web novel written by the author Yue080, covering KINGDOM-BUILDING, ROMANCE, ADVENTURE, R-18, SYSTEM, CULTIVATION, BL, ACTION, DEMON-HUMAN WAR, SIBLINGBOND, Fantasy genres. It's viewed by 6.7K readers with an average rating of 0/5 and 0 reviews. The novel is being serialized to 9 chapters, new chapters will be published in Webnovel with all rights reserved.

Long ago, the mortal world had almost ended under the reign of MoWang, the devil lord. The human selfishness had raised monsters by opening the gates of Netherworld. Until, five gods descended down to save the humans. It took five deities to take down Mo Wang . To make sure the same incident doesn't occur again. The five gods selected five different people with strong spirituality and blessed them with their powers with a promise that the powers would carry to move on amongst the chosen ones in their bloodline. Hence the five families Guang, Hua, Shanshui, Qi and Huoshe came into being. Centuries later an oracle appeared and before his death he prophesized the revival of Mó Wáng. Around the same time there appeared a crack in the barrier of the Netherworld and demons leaked out. They attacked the nearest kingdom of the fire clan Huoshe. The Huoshe Matriarch, who was about to give birth to a pair of male and female twins soon ended up being slaughtered by stepping in front of a demonic curse in an effort to save her husband. They tried to atleast save the unborn children out of the mother, only to discover one child. The child bore a mark of the demonic curse, born with blood red eyes and two individuals sharing the same body. (Note: All the names in the story are deliberately made up to be non conventional and unreal so as to depict that they are fictional characters)