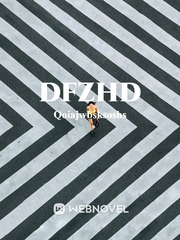 In 2018, the world change when the new government arises in the hands of High Council and on 2105, the world has still experienced the cruelty of their governance in which the people are divided into the standards of living; the Licit and Null. The process called rebirth has been established to determine the capabilities of every person’s worth of being a citizen of Noble Land. At the beginning of 87th rebirth, young teens who turned eighteen will go through the process called rebirth in which they need to pass tests of survival and such. One of them is Dylan whose purpose of joining was to have a better life and get his mother who failed in her test to the Noble Land—a land where Licit people are legalized and reborn with new lives. On the course of his test, he found some friends that help him to pass some tests. And then, the movement came in which, happen to counter the vision of the High Council of making the process. They are called The Defectors in which he had no intention of joining until he got the news of knowing that his brother was the leader and boss of the Defectors. He joined and became part of the team and as when the High Council know their movement, they ambushed in which happen that some members of the movement killed insight. Dylan stands as a leader and fights against the High Council with Licit people of Waste Land. In the end, a war had occurred in which they take over the Noble Land and make it their new home.