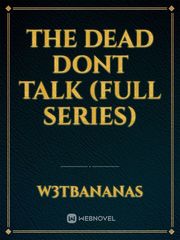 This is my 1st book off of a brain injury that almost killed me i am 6/24 months healed so plz dont hate on me that much. The story is about a younger teenager who lives in a world of the dead. He has his older sister and little brother with him and is in a group and has been for almost 10 years. They have been fine and life had been okay for them besides a few mishaps. They had never really found a group of a lot of people besides a few people out there on their own. But after they are ambushed by a group that take a lot of their women and kill a lot of their men. Their world becomes more than just them. Their life is about to get a lot bigger.