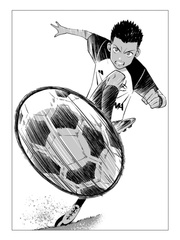 The Day I Played with Ronaldo

THIS IS NOT MINE!!!!!! ALL CREDITS GO TO ORIGINAL AUTHOR :书剑自飘零 Chinese fringe international Licado became the alien Ronaldo’s half-brother in 2002. This is a nearly omnipotent Ronaldo who has not been plagued by injuries. As a huge fan of Ronaldo, Licado is his biggest supporter? And when he himself picked up the Golden Globe for the first time said, “He [Ronaldo] didn’t lose to me, he wouldn’t lose to anyone,” . He just lost to time … ” Without a system, without a golden finger, rebirth is his greatest luck. 3chapters per week may add more