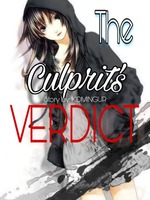 What is The Culprit's Verdict

The Culprit's Verdict is a popular web novel written by the author KIDMINGUR, covering REVENGE, @ACTION, @MYSTERY, @THRILLER, @TERROR, @HATRED, @FAITH, @URBANLEGEND, @CULT, Contemporary Romance genres. It's viewed by 3.1K readers with an average rating of 0/5 and 0 reviews. The novel is being serialized to 10 chapters, new chapters will be published in Webnovel with all rights reserved.

Samantha, a typical girl from a not so typical family, will seek justice after her family's death. She was the only survivor in that death trap or at least that was what she knew. Her family's death wasn't just a mere tragedy, it was intentional. The purpose was to eradicate her clan, but they failed when she survived. When her only reason for living was taken away from her... What was left in her being were: hatred, anger and the burning fire to have her revenge. But revenge was hard to find when no obtainable evidence can uncover the culprit behind the terrible scheme. When her boss, turned lover, started to show affection, a beam of light was flashed in her being. The newly found solitude with him gradually replaced her negative feelings. But as another guy entered into the picture and claimed her to be his, it drifted her back to her intentions which led her to unravel some secrets she never thought existed. Join me as I lay pieces of information about the Culprit's real identity.