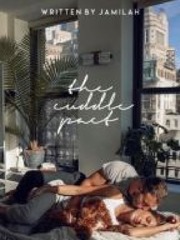 What is The Cuddle Pact

The Cuddle Pact is a popular web novel written by the author papersplanes, covering ROMANCE, BILLIONAIRE, HEARTBREAK, RELATIONSHIP, HUMOUR, INSOMNIA, CUDDLE, Contemporary Romance genres. It's viewed by 845.1K readers with an average rating of 4.82/5 and 58 reviews. The novel is completed and can be read all 36 chapters in Webnovel with all rights reserved.

Sebastian Harrington wasn't your usual billionaire. He wasn't a playboy, nor did he have a new woman on his arm every week. He was most definitely not a ladies' man, despite his heavenly dashing good looks. So, how he managed to muster up the confidence to actually flirt with Mira Casey was unbeknownst to him, especially after he hurled her into the world of fame, just because she was the first woman he openly - yet drunkenly - made out with. And in order to compensate for that, Mira was granted a deal. Initially, a financial one, but things took an interesting turn when she required him to sleep with her. And thus the cuddle pact was born.