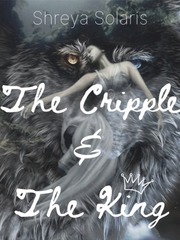 The Cripple and The King

What is The Cripple and The King

The Cripple and The King is a popular web novel written by the author vnoruthun24, covering ROMANCE, REINCARNATION, SUPERNATURAL, TEENFICTION, LOVESTORY, PARANORMAL, MATE, MATES, WEREWOLF ALPHA LUNA LOVE, ALPHAKING, Fantasy Romance genres. It's viewed by 3.6K readers with an average rating of 0/5 and 0 reviews. The novel is being serialized to 3 chapters, new chapters will be published in Webnovel with all rights reserved.

One born a cripple, another groomed to be a King. Both with rough childhoods, both with pieces left on the floor--broken. Brought together by an accidental meeting, can they pick up the pieces that others have dropped? Or will a blast from the past seething for revenge smash the already cracked shards of their hearts? ~~ Born with a disability costing her a social life, seventeen-year-old Raleigh Rivercrest despises herself and the way she looks. Consistently mocked throughout her childhood because of her genetics, she believes that no human can love her until she meets Lucien--a Lycan King. ~~ Cursed with immortality at a young age, Lycan King Lucien Hale lives in solitude in his massive pack, his life running on a circle of repetition. Left to live with a feral wolf clawing in his head to break free, he meets his destined in the form of a skinny, love deprived teenage girl who he would give anything for--even his crown.