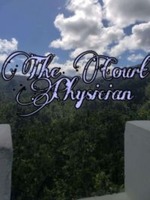 What is The Court Physician

The Court Physician is a popular web novel written by the author bansheequeen, covering LGBT, GAY, LGBT BL, GAY BL, Fantasy genres. It's viewed by 1.1K readers with an average rating of 0/5 and 1 reviews. The novel is being serialized to 4 chapters, new chapters will be published in Webnovel with all rights reserved.

Dorian thought he lost everything when his family found out his secret. Beaten and left for dead only his older sister, Willow stays with him. Eventually, Dorian heals his wounds and finds himself in the capital of Aisaetor. A chance meeting leads Dorian to train under the court physician where he is launched into a whole new world. When his mentor winds up poisoned it is up to Dorian to find out the real reason for his death. As he begins to investigate, however, more members of the court begin to die without explanation, and even more seem to have something to gain from the deaths. Dorian finds himself relying on a young soldier to find the truth at the center of the court. Can he figure out who is behind the assassinations and stop them before the kingdom is without a leader, or will the kingdom of Aisaetor find itself without a leader?