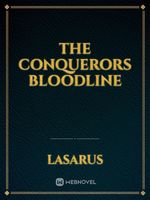 What is The Conquerors bloodline

The Conquerors bloodline is a popular fanfic written by the author TheWintersea, covering HAREM, ANIME, MULTIVERSE, TRANSMIGRATION, GAMES, Anime & Comics genres. It's viewed by 2.4M readers with an average rating of 4.45/5 and 63 reviews. The novel is being serialized to 167 chapters, new chapters will be published in Webnovel with all rights reserved.

Be warned, this story heavily revolves around sexual content. You have been warned. While there is plot, it is not the focus. *** Parc Evans was taken from his home world and thrust into another. Tasked with the chance of becoming a king of conquerors he travels through dimensions. Taking on and conquering all who stand before him. *** I make no claim to owning any characters or settings except those of my own making. *** Discord: https://discord.gg/t2usr5e4qh Patron: https://www.patreo*n.com/Lasarus Remove the * from the Patron link.