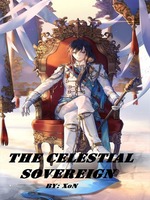 What is The Celestial Sovereign

The Celestial Sovereign is a popular web novel written by the author XoN, covering OP-MC, KINGDOM BUILDING, HAREM, STRONG FROM THE START, MAGIC, FANTASY, HIDDEN GEM, LOYAL SUBORDINATES, SUBORDINATES, Fantasy genres. It's viewed by 37K readers with an average rating of 0/5 and 3 reviews. The novel is being serialized to 9 chapters, new chapters will be published in Webnovel with all rights reserved.

June was just playing the game Rise of Kings, the most popular VRMMORPG that came out in recent years and was relishing in his conquest. He was the top player in the world, and there was no one who could threaten him in the game, but at the moment seven of the top ten players decided to unite against him in order to try and take him down. "Hahaha! It will all be over soon! They have no idea they are walking into a trap!" June giggled in glee. On a monitor in front of June, he was watching a battle play out against the two forces. He was currently luring in the enemy forces in order to do a Hammer and Anvil tactic destroying them in between two parts of his armies. "Lord June, make sure to prepare the backup plan just in case" a deep and mature voice reminded him. "It is already ready! You fuss too much Atlas" June said as he waved his hand in the air. He watched as the enemy walked right into his trap blinded by their own bloodlust unaware that an army was behind them cloaked with an invisibility spell. In a few moments, the army was surrounded caught unprepared for the sudden ambush. June smiled and switched off the monitor as he stood up from his throne and stretched. He had no need to continue watching because he knew his subordinates could finish the rest. He began walking outside of his throne room because he wanted to go collect the loot from the battle, which was one of his favorite parts. Being able to watch as his enemy could do nothing but glare with hate as he took their items was one of the biggest joys you could get from defeating an enemy. He reached the throne room door as maids bowed to him and opened it as he walked passed. June smiled at them and nodded because even though he treated his enemies like shit he was extremely protective of his own people. He never understood why some people like to abuse their subordinates. Did they get some sort of sick pleasure from it? He sort of understood because he got pleasure from taking loot from his enemies, but that was different! He stole from bad people June comforted himself in his mind distancing himself from those sickos. Violently wrenched from his thoughts June felt a head-splitting pain go through his skull and he yelled in agony. "Master!!" shouts came from around him, but he could not respond and his vision began to blacken and the shouts of the worried maids around him began to quieten and June fell into darkness. ---- I'm not going to make false promises about daily chapters or never dropping the story. I will release when I can, and I will try to finish the story if I can. Chapter length depends on the release frequency tbh. If one chapter a week then maybe 5k words. If the release frequency increases then 1k words per chapter. Please leave any suggestions/critiques in the comments thanks! --- Cover Art is also not mine got it here from Pinterest https://www.pinterest.com/pin/692076667714031201/