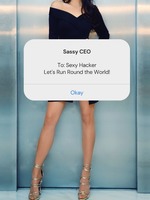 The Bloom in my Doom

What is The Bloom in my Doom

The Bloom in my Doom is a popular web novel written by the author Rinne_Aurora, covering ROMANCE, ACTION, ADVENTURE, R-18, COMEDY, MODERN, CEO, MAFIA, HACKER, HATE TO LOVE, Contemporary Romance genres. It's viewed by 4.3K readers with an average rating of 0/5 and 0 reviews. The novel is being serialized to 4 chapters, new chapters will be published in Webnovel with all rights reserved.

Orca Curzon is a raging bitch. She's mean, she's ambitious, she's violent and she'll get what she wants no matter how. Every day her life is a day to be conquered. She is also America's youngest female CEO of her time; which means she is rich, beautiful and desirable. And having so much in life has made her enemies. Those who hate rejection and are dead set on ruining her. Those who want her all to themselves and will stop at nothing. But Orca was named after a killer mammal, she is not to be easily conquered. Leonic Strauss...is something. Not many know him because he rarely has any waking moments. But when he is awake, he's a handsome, sly, manipulative, scheming and genius player. He's known as Zeebra on the internet. Things are either as dark as black for him or as optimistic as white. In the deep web, he's got quite a reputation for scamming, hacking and winning. Under normal circumstances, the chances of their paths intertwining were null and void. A rich multi billionaire CEO and a poor, lazy Hacker having nothing in common--unless it's money. Money that Orca is running from. Money that Leonic wants. Or a crazy One Night Stand! After a series of unfortunate happenings, Orca is thrown out of her rich world and thrown into Leonic's simple one where a Drug Lord, Detroit Mafia, and a bitter ex-boyfriend Police Chief are after her life. And when the damsel in distress needs saving, the prince of all possibilities happened to be nearby. --‐-------------------------------- "Yeah babe, you'd be a very addictive drug. Nicotine, Morphine it's all useless when you're in a room." "And that's the reason you'll die early." ----------------------------------- Join Orca and Leonic in their journey of running across nations, scamming, getting scammed, loving, hating and escaping the problems of life in a light-hearted Romantic Comedy filled with some passion, fashion and lots of action. ---------------------- based on prompt 2 of WPC #137!