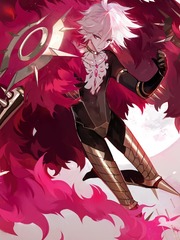 The Bloody Emissary of Justice

Karna was an extraordinary youth, who was known as a genius for his achievements. But after a series of unfortunate and cruel events in his life, became set on the path of becoming an assassin. He quickly made a name for himself in the world as a world class assassin. His deadly skills and the terror inducing apathetic look in his eyes earned him the moniker of "The Blood Emperor", due to the amount of people who had died by his hands. But at the same time due to his propensity of only killing evil and unjust people, he was also known by the alias "The Supreme Vigilante". Finally after his long and painful life came to an end, he thought that he could finally escape his miserable destiny. But fate had something different in store as the moment he died, a miracle happened that also came with a grand responsibility.... ---- 2 chap/per day This is a book of fan fiction made for entertainment purposes that draws heavily upon source material of different anime and manga. Know that I claim no right to any of the the pre-existing characters or content.