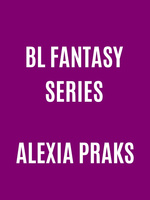 What is The Blood Alchemist Chronicles (BL Harem Fantasy)

The Blood Alchemist Chronicles (BL Harem Fantasy) is a popular web novel written by the author authoralexiax, covering YAOI, ROMANCE, ACTION, FANTASY, MYSTERY, SMUT, SUPERNATURAL, BOYSLOVE, PARANORMAL, SHIFTER ROMANCE, LGBT+ genres. It's viewed by 3.3K readers with an average rating of 0/5 and 0 reviews. The novel is being serialized to 0 chapters, new chapters will be published in Webnovel with all rights reserved.

When eighteen-year-old Dante Romano masquerades as the son of a low-ranked Chinese lord, and waltzes with his comrades into the earl of Middlemarch’s birthday party in order to assassinate a high demon, his revenge plans turn sour. There, Dante meets Zach—a Greek god if he ever saw one—who suspects he is an imposter and will not let him escape his sight. Amidst the exuberant atmosphere, a man shoots the powerful king of Darnia, Dante incidentally witnesses another influential lord slaying the culprit, and his friends are captured, ultimately becoming the prime suspects in the case of treason. Now it is up to Dante to use his wit, wiles, and skills as a blood alchemist—an inherited ability to control and transmute blood into powerful weapons—to save his friends. Set in an alternative world of Britannia during the reign of Queen Victoria, The Blood Alchemist Chronicles is a mashup of fantasy, mystery, and BL harem romance. * * * EXPECT: Kickass, beautiful ukes Hot, alpha, powerful semes Magic, mystery, mayhem, and supernatural power Steamy scenes later in the series