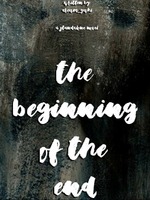 The Beginning Of The End (A Novel)

What is The Beginning Of The End (A Novel)

The Beginning Of The End (A Novel) is a popular web novel written by the author areum_yuki, covering ROMANCE, MATURE, TRAGEDY, DEATH, MAFIA, VIOLENCE, TWIN, GUN, Teen genres. It's viewed by 7.3K readers with an average rating of 0/5 and 0 reviews. The novel is being serialized to 3 chapters, new chapters will be published in Webnovel with all rights reserved.

Life is unfair. As long Layla has those words, she wouldn't forgive her twin sister for stealing everything and everyone from her. As long she's alive and breathing, she'd not forget Charlotte. Thinking that she'd stay and rot in Canada for eternity, news came, and her entire fate was changed. Her twin sister, the Heir of Mafia De Luca died unexpectedly in an ambush. As the cast-away child, she was called back to the Philippines to fulfill her sister's roles. For long as she could remember, she didn't know that being an Heir is fucking hard. That having the freedom she wants is fucking way too harder. FILIPINO VERSION IS POSTED ON WATTPAD.