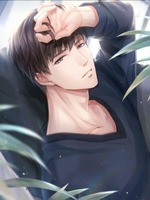 What is The Apology

The Apology is a popular web novel written by the author _Sha, covering FAMILY, HANDSOME-MALE-LEAD, MODERN DAY, LAWYER, STUBBORN PROTAGONIST, Realistic Fiction genres. It's viewed by 47K readers with an average rating of 0/5 and 2 reviews. The novel is being serialized to 33 chapters, new chapters will be published in Webnovel with all rights reserved.

The strongest corporation of the country is the Ling Corporation, there is no big business empire than the Ling family business, they hold seventy percent shares in all the big companies, their influence and their bearings are feared by everyone. Their wealth increase in millions by every minute and second. The owner of Ling Corporation have a daughter who is sole heir of this great business empire called Miss Ling, she is a final year student in the number one business School. While she was drunk driving, she killed a woman. She is carefree, domineering and bold. Fan Yue Jing is the male protagonist, who got law degree from the best law school, he intended to sue the girl who killed his mother and she is not even guilty of it. Join Yue Jing on this tough journey to know whether he will be able to bring justice for his mother or the wealth of the girl would help her prove innocent in the court of law. Your author here.

Love is so sweet

Will You Remember Then?