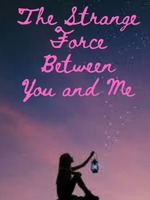 That Strange Force Between You and Me

What is That Strange Force Between You and Me

That Strange Force Between You and Me is a popular web novel written by the author jjkstar, covering ROMANCE, ACTION, ADVENTURE, COMEDY, STRONG-FEMALE-LEAD, KINGDOM, OUTER SPACE, INTELLIGENT MALE LEAD, SUPERPOWER FANTASY, QUEENDOM, Fantasy Romance genres. It's viewed by 3K readers with an average rating of 0/5 and 0 reviews. The novel is being serialized to 6 chapters, new chapters will be published in Webnovel with all rights reserved.

After unfortunate events, Eris' rulers must send their children to safety on planet Earth.A young Solar and baby Luna were transported away from their family and home. The boy, given a duty to take care of himself and to keep an eye on the young princess, in time then training her for what she is and is going to be. Though things tend to change and life seems to separate them as they both move onto their respective (adoptive) families which allows a great disadvantage to Solar's mission. Meanwhile, several years later, a sudden prophecy of Eris' future states it's demise and destruction of everything and everyone by the hands of the evil one, Kahlua(Cah-loo-wah). All hope may be lost unless the kingdom's saviours return again. King Martyr(Maw-ter) of Liberie, and Queen Satyra(Sah-tee-rah) of Memorie, both reside in their children and awaits their glorious return. Would they be saved? Time can only tell.