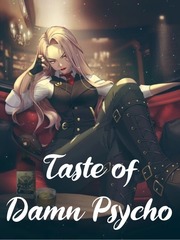 What is Taste of Damn Psycho

Taste of Damn Psycho is a popular web novel written by the author Teacher_Anny, covering ROMANCE, ACTION, R-18, MODERN, PSYCHOLGICAL, LOVER, PSYCHO KILLER, PSYCHO-THRILLER, EROTICROMANCE, UNDERCOVER AGENT, Contemporary Romance genres. It's viewed by 1.6K readers with an average rating of 0/5 and 0 reviews. The novel is being serialized to 4 chapters, new chapters will be published in Webnovel with all rights reserved.

Patricia Smith, who was once being a subject in a violence with her big sister. She survived her encounter from the group of bad guys but her sister couldn't. Thanks to George Timothy Esteban, a psycho and a serial killer who happened to be in that place that time and gave her a chance to escape from those guys. Many years had passed after that incident, Patricia chose the path of being a secret agent because she wanted to capture all criminals and all people who create violence. Then, by chance, she had given a mission to chase the most wanted serial killer, George Timothy. When she finally got the man, group of bad guys showed up to kill that man, reason why she had no choice but to keep the man in her side just to make sure his safety since she owed the man a lot. What would happen to her while George was under her custody? What would happen if she began to fall for him in a short time? Would she deny her feelings to complete her mission or would she abandon her duty to push her feelings to him? Was it possible that a certified psycho and astounding secret agent would cross path, destined to manifest the most threatening collision of love from the both sides?