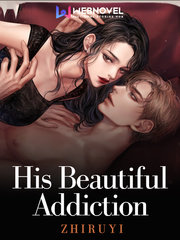 "A dark soul, damaged by his past An angel forced to be his mistress. Can anything go right? Would they ever be able to fall in love? Will she be able to see past his darkness? Will he be able to protect her when danger comes knocking? Find out in this book... ... In this story, there are many themes, Love, greed and revenge most distinct, read how Nicklaus fights to keep his company from so many villains; Will Tiana be safe with him? Would he be able to protect his little Angel? Find out in this enthralling book!! An Excerpt* ''You know what you are getting into, right?'' He asked, crossing his legs, his fingers drumming on the couch, as his eyes stared intently at her. Tiana's lips slanted and her eyes narrowed at him; ''Young Master; as long as you pay message, I'll do whatever you want '' Nicklaus was amazed by her sudden audaciousness; but he was sure she was just trying to seem bold, He knew her, she was just a weak, trembling soul, and she was trying so hard to mask it; A smirk appeared on his lips as a thought came into his mind; ''Whatever I want? '' He asked again and Tiana replied immediately without a second thought; ''Yes, Young Master, whatever you want. '' "Alright then, I want you to strip your clothes and lie down on the bed"