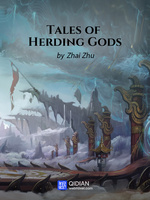 What is Tales of Herding Gods

There's an ancient saying in Great Ruins, ‘Don’t go outside when it’s dark.’ In Great Ruins, the old, weak and disabled elders of Disabled Elderly Village picked up an infant by the riverside and named him Qin Mu, raising him up with blood and sweat. This day, as the night descended and the darkness shrouded Great Ruins, Qin Mu left home... Become a villain undulating in the spring breeze! That's what Blind told him. This is the rise of Qin Mu's road to becoming a villain!

Reaper of the Martial World