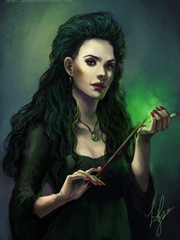 What is Taking Potter’s Body

Taking Potter’s Body is a popular fanfic written by the author GutsyRipper, covering WISHES, HARRY POTTER, DOMINATION, POSSESSION, Book&Literature genres. It's viewed by 8.9K readers with an average rating of 0/5 and 3 reviews. The novel is being serialized to 1 chapters, new chapters will be published in Webnovel with all rights reserved.

A selfish and ruthless man is given the chance to reincarnate in the Harry Potter universe with two wishes. But the being who granted the wishes chose to reincarnate him as Dudley Dursley, a muggle with no future. There’s only one thing to do, take the main characters body. How hard could it be, he has the next 11 years to do it, while making sure that his future body doesn’t get damaged, after all, he’d rather not have a scrawny body or wear those god awful glasses in the future!