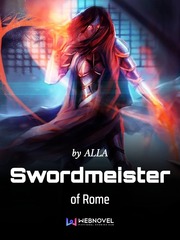 What is Swordmeister of Rome

Swordmeister of Rome is a popular web novel written by the author ALLA, covering Fantasy genres. It's viewed by 1.6M readers with an average rating of 4.29/5 and 112 reviews. The novel is completed and can be read all 226 chapters in Webnovel with all rights reserved.

Born of a great family, world shaking genius. The man who had shaken the world. The story of the Swordmeister.

End of the Magic Era