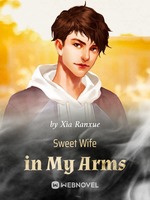 Sweet Wife in My Arms

What is Sweet Wife in My Arms

Sweet Wife in My Arms is a popular web novel written by the author Xia Ranxue, covering Contemporary Romance genres. It's viewed by 3.2M readers with an average rating of 4.49/5 and 295 reviews. The novel is being serialized to 605 chapters, new chapters will be published in Webnovel with all rights reserved.

For his sake, she was willing to abandon her career as the best actress and be his wife. With her own network, money and unscrupulous methods, she helped him rise to the top of the world. He, on the other hand, held another woman in his embrace and kicked her away with no mercy. It turned out that all he ever wanted was her rare blood type, her six-month-old child's cord blood. It was her life... When she opened her eyes again, she returned to her 20-year-old self. Time repeated and her life rewound. In this life, she would live well.