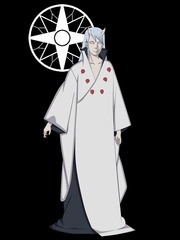 Strongest Ninja In A Hero Society

What is Strongest Ninja In A Hero Society

Strongest Ninja In A Hero Society is a popular fanfic written by the author Vermillion_Yormsky, covering OP, MONOGAMY, ACTION, ROMANCE, TRAGEDY, Anime & Comics genres. It's viewed by 916.4K readers with an average rating of 3.46/5 and 75 reviews. The novel is being serialized to 29 chapters, new chapters will be published in Webnovel with all rights reserved.

After a soul has a mystical encounter with a godlike entity, it is sent to live out in the world of My Hero Academia with the powers of the Otsutsuki Bloodline. Starting off as a lowly slave laborer for the nation of North Korea, Takezushi Sakuraboshi, embarks on the path of mastering his Quirk to lead a more fulfilling life.