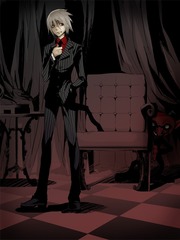 Strike the Blood:The return of the 5th Progenitor

What is Strike the Blood:The return of the 5th Progenitor

Strike the Blood:The return of the 5th Progenitor is a popular fanfic written by the author BleedingStar, covering HAREM, OVERPOWERED, R18, KINGDOMBUILDING, KILLER, others genres. It's viewed by 157.1K readers with an average rating of 0/5 and 2 reviews. The novel is being serialized to 7 chapters, new chapters will be published in Webnovel with all rights reserved.

The 5th progenitor's birth was hidden by the birth of the 4th and as a thanks he has transferred into the 4th's school to keep an 'eye' on him. Before being given the powers of a progenitor, Argus lived a humble life in the Alps as a young monk. While he was praying in a ruin, he fell through the floor and drowned in a pool of blood. When he awoke he was reborn as the 5th progenitor of the vampire race, assaulted by the need to feast he attacked the nearby town and drank the people to death. Seeing how destructive his new desires were he retreated to a new island that was designed for demons to live in, once there he transferred into a local school and that is where our story begins.... Rights to the image belong to the original creator.