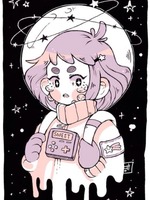 STARSHOT is a popular web novel written by the author ChunkyThighs, covering ROMANCE, COMEDY, HARÉM, ACTION-ADVENTURE, SPACE EXPLORATION, SPACECRAFT, Sci-fi genres. It's viewed by 9.8K readers with an average rating of 0/5 and 3 reviews. The novel is being serialized to 11 chapters, new chapters will be published in Webnovel with all rights reserved.

Meet Huey, an upcoming adventurer wanting to make himself known to world universe as the best Galactic Hunter, and he ready to kick some evil alien ass. His dreams and ambitions are as high as the night sky and nothing will stop him from obtaining them! Problem is... he really has no talent for it. Well, that's what everyone else thinks. However, he doesn't believe them one bit, and he's going to prove them wrong one way or another. Follow him through his adventures as he shows the universe that there is a new Galactic Hunter in town! If you like action-packed martial arts, gun fights and space combat; ay, I got you covered.