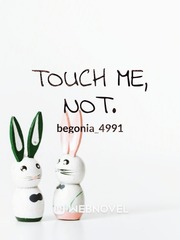 Star- Crossed Lovers: Are we destined for each other?

What is Star- Crossed Lovers: Are we destined for each other?

Star- Crossed Lovers: Are we destined for each other? is a popular web novel written by the author jxy2994, covering FLUFFY ROMANCE, STAR-CROSSED, SWEET, STRONG MAIN CHARACTER, CEO, STRONG-FEMALE, ROMANCE, MODERN, Contemporary Romance genres. It's viewed by 23.8K readers with an average rating of 0/5 and 0 reviews. The novel is being serialized to 26 chapters, new chapters will be published in Webnovel with all rights reserved.

A rumor was spread in the Capital, that the eldest daughter of the Fan Family is a thick-eye browed, thick lipped with thick witch-like curly black hair Betty La Fea. No one in the Capital would want to waste their attention to her, however, a news shocked people from the Capital! That the outstanding, handsome and sought-after bachelor CEO in the Capital is set to be engaged to this rich Betty La Fea! The older ones could only sigh, The men who envies the CEO laugh in schadenfreude, And the single women and young ladies cried their heart out since the excellent CEO seemed to readily accept the engagement! __________________________ They said that lovers crossed each other’s paths guided by their stars. While there are lovers who was given the chance to meet but never the fate to be destined together. And then, there is this pair of people who were, from the beginning were not meant to be together. What can they do, they’re just not destined for each other. Fan Xifeng, the outstanding eldest daughter of the Fan Family was set to be engaged with the Capital’s top one bachelor and sought-after CEO, Han Ziwei of Han Industries. But, they are a pair of people who weren’t destined for each other…….. that was supposed to be their fate. Until a rare phenomenon occurred to Fan Xifeng’s where she was able to see future incidents that would happen to her and those people involved with her in the form of a dream and flashes of memory that may have also been the effect of the dream. And unfortunately, those are inauspicious events. First, her supposed, fiancé’s involvement on a car accident on the night of their engagement party. Next, her grandma’s death and lastly, her own death which was still a mystery for her. Will Fan Xifeng consider this dream and memory as just weird occurrences or used it in order to changed what’s actually destined, from the beginning. Will she be able to stop her grandma’s death? What about her own death? It remains a mystery to her and her memory about it was blocked. How about her supposed fiancé? Will she able to help the man from avoiding the car accident that would put him under comatose for months? If the two of them, who were not meant to be together would actually have the chance to meet, how will it unfold? Will they just remain as another pair of Star-Crossed Lovers or will they, this time, achieve their happily ever after. Chapters Update: Either 3-4 Chapters every 3 Days or 2 Chapters per Day.

BIRTH OF THE DEVILISH CEO:SO WHAT IF I'M A LADY?