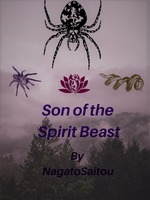 Son of the Spirit Beast

What is Son of the Spirit Beast

Son of the Spirit Beast is a popular web novel written by the author NagatoSaitou, covering BEAST COMPANION, MALE-LEAD, CULTIVATION, BLOODLINE, ACTION, ADOPTED MAIN PROTAGONIST, Eastern Fantasy genres. It's viewed by 939.2K readers with an average rating of 4.69/5 and 38 reviews. The novel is being serialized to 199 chapters, new chapters will be published in Webnovel with all rights reserved.

Rainbow Island, one of the several islands in this world governed by martial artists, is the stage of an incredible event. A newborn infant, Hei, is saved from a tragic ending and raised by a spirit beast spider. Under these unusual circumstances, Hei ends growing up with the body of a human but the mind of a spirit beast. However, this world is filled with conflicts, and his vision about spirit beast differs by the rest of the world. So, in order to protect his family, he decides to become a martial artist, beginning a journey that would bring him toward the peak of martial artist society while discovering the concealed story of the world. * You can support me on P.a.t.r.e.o.n. or by making donations on my P.a.y.p.a.l. link. Thanks in advance to all those who will support me https://www.patreon.com/nagatosaitou https://www.paypal.me/NagatoSaitou

Reincarnation of a living god