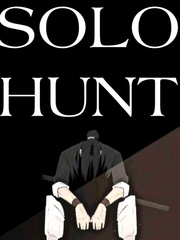 What is Solo Hunt

Solo Hunt is a popular web novel written by the author Jhonlerex69, covering OP-PROTAGONIST, SYSTEM, RPG, ACTION, ADVENTURE, MODERN, LONELY PROTAGONIST, Martial Arts genres. It's viewed by 372.2K readers with an average rating of 4.05/5 and 17 reviews. The novel is being serialized to 33 chapters, new chapters will be published in Webnovel with all rights reserved.

After the great evolution had started, all humans on earth had been transported to another world. There they were to train for 10 years so they could become Hunters that the goal is to be able to defend themselves from the evils called monsters. Jin, a bread shuttle in his college was mistreated and bullied. After he was transported in another world, he had hoped that he could become the strongest but unlike what he expected, he was the weakest hunter in the world. After 10 years, he was still stuck at level 1. He had completely waste the power God had given him causing him to become hopeless and depressed. From the moment they were about to return to earth, Jin tripped in a cliff causing him to die and return to the respawning temple. He was left in this world without anyone else to be seen. But to his surprise, every living being in this world had gone completely frozen. He believe that this was God's tiny error. Well for Jin, this was a chance for him to become stronger or even become the strongest. Before God would realize this error, Jin would use this chance to kill all of the strongest monsters and level up as fast as he could so if he was to return to earth, he could now become the strongest hunter in the world and everyone who doubted him would kneel down to his greatness!