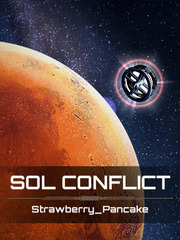 The diplomatic relations between People's Republic of Mars and Atlantic-Pacific Federation have soured. The cold war between two major factions is getting hotter as both parties race for rapid mobilization of their space navies. At the calm before the storm, Lieutenant Kagan is called back to service aboard his old warship Lodos, under command of his close friend; Rear Admiral Tachibana. The time runs out, and the declaration of war is imminent. Will they be able to end this terrifying war before it crushes everything they once held dear? Is there right and wrong at the time of war? How do they know they are on the right side? NOTE: This is a hard-science Sci-Fi book that follows the laws of physics to the letter, and is likely to include many scientific terms. But don't worry, I included sources for their definitions, so you will understand the novel.