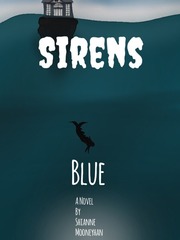 What is Sirens Blue

Sirens Blue is a popular web novel written by the author GeekyCryBaby, covering ROMANCE, LOVE, MANGA, POWER, FIGHTING, ANIME, APOCALYPSE, MERMAID, SIREN, MERMAIDS AND MEREMEN, Fantasy Romance genres. It's viewed by 2K readers with an average rating of 0/5 and 0 reviews. The novel is being serialized to 0 chapters, new chapters will be published in Webnovel with all rights reserved.

Coralia Steele, the mother/queen of the sirens/mermaids. Hector Steele, father/husband to Coralia and their children. He is a co-leader of a small community of humans. Zero, brother of Coralia and leader of a small community of humans. Lonnie Rowe, ex lover/father of Coralia and one of her children. He is also a vicious pirate. Nixie, is the oldest of Coralia’s children. She is the daughter/slave of Lonnie. She is shy and keeps to herself. Allure Steele, is the second oldest of Coralia. She is a sweet an intelligent siren. Marlin Steele, is the only son/siren of Coralia. He says what’s on his mind while also being loyal to his family. Brooklyn Steele, is the youngest of Coralia. She is bright and beautiful. Jamie Bright, a human boy that is in love with Brooklyn. He protects her no matter the case and is always wanting to be the hero. Natsuko, is one of the last neko race left. He is very pervy. He doesn’t care to what he says but he doesn’t let a woman be hurt. Spikes, is part of a bandit group of rogue humans. His brother Striker, who is a tough/vulgar boy.