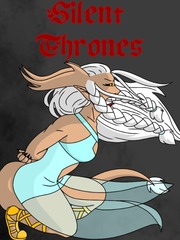 Nemyria. A bastard-born halfbreed nobody who found herself starving and delirious at the Vampire King's feet. Not the best situation to be in, she had to admit, but she couldn't quite change the fact that a Vampire might want to know what a Fae halfbreed was doing in his city. After a failed interrogation attempt that resulted in a bite and a prison sentence, Nemyria finds herself a pet to the Vampire King. A deal is made, a promise is set, and Nemyria is forced into a world she's spent her whole life trying to avoid.