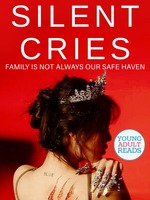 What is Silent Cries |Completed|

Silent Cries |Completed| is a popular web novel written by the author AuthorWho19, covering ROMANCE, DEATH, HUMOR, TEENFICTION, ABUSE, BADBOY, MENTALHEALTH, ABUSED, SORROW, GENERAL FICITION, Teen genres. It's viewed by 4.6K readers with an average rating of 0/5 and 0 reviews. The novel is being serialized to 0 chapters, new chapters will be published in Webnovel with all rights reserved.

In quiet town Maysville, seventeen-year-old Isla Leighton is abused by her Father and Mother. In order to protect her younger brother, Devin, there seemed to be no lengths she wouldn't go to. But when a certain brown eyed boy begins to interfere in her life, will his dark past put her in danger? **** Bright smile, doe eyes and a seemingly cheerful appearance. Isla Leighton would be the last person anyone would suspect of being a victim of abuse. With an alcoholic Father and an emotionally abusive Mother, Isla finds herself trapped, unable to find a way out. Until she attracts the attention of Xeros, one of the new transfer students in town. From his dark eyes, to his mysterious personality, Isla struggles to keep away from him. But when his own dark past starts catching up on him, coupled with the unexpected return of the man of her nightmares, she must learn to stand on her own by confronting her past head on, in order to rip away from the invisible chains holding her down. Wattpad: AuthorWho19 Instagram: AuthorWho19