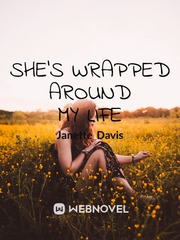 She's Wrapped Around My Life

What is She's Wrapped Around My Life

She's Wrapped Around My Life is a popular web novel written by the author Janette_Davis, covering ROMANCE, MAGICAL REALISM, SNAKE HYBRID, Fantasy Romance genres. It's viewed by 27.2K readers . The novel is being serialized to 39 chapters, new chapters will be published in Webnovel with all rights reserved.

Elise is an average bookworm at a high school in a small town in Arkansas. Her crush, Finnegan, is a tall, dark, and mysterious type of boy who seems indifferent to nearly everyone, and everything. The one thing Elise knows about him is he is pagan. Elise receives a mysterious prophecy, which comes true when she interrupts a ritual Finnegan was performing and accidentally gets turned into a ball python. Now he has to let her into his world of paganism and mysterious power to try to fix his mistake. If she doesn't want to be a snake forever, she will have to learn how to cultivate her own power so she can shape-shift at will.