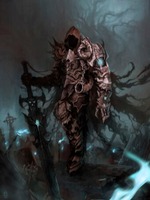 What is Shadow Lord Reborn

Shadow Lord Reborn is a popular web novel written by the author DarkDestiny, covering SYSTEM, MALE PROTAGONIST, ADVENTURE, REINCARNATION, MODERN, ACTION, WEAK-TO-STRONG, GAME-ELEMENTS, KINGDOM-BUILDING, Fantasy genres. It's viewed by 136.2K readers with an average rating of 4.56/5 and 16 reviews. The novel is being serialized to 62 chapters, new chapters will be published in Webnovel with all rights reserved.

Follow the story of Dominic Bellmore, a man who reached the apex of human power by rising through the levels of a system that controlled the rules of the world, only to be betrayed by his closest ally and reborn in a new world he knew nothing about. He will rise through the levels again, gathering new allies, challenging the dominant races of this world, building a new kingdom, and planning his revenge against his betrayer, but at what cost? Will he let the memories of his past and his burning desire for revenge consume him, or will he move forward with his life, choosing to walk on the peaceful road? *Example of writing style below* ######### Staring with eyes filled with unimaginable hatred and resentment towards the man he once called brother. Impaled through the heart with a sword he forged with his own hands. His consciousness sinking towards a bottomless abyss. With his last minutes of awareness, he cursed the name of the man he once stood beside throughout countless battles and wars. His sanity crumbling as his life flashed in front of his eyes, only to realize that he lived a fulfilling life, but deep inside flickers of a desire for revenge burned until he drew his last breath. As his soul started to disappear into the nothingness of the infinite the world stood still as if time had stopped, but it only lasted for mere seconds which was enough time for Dominic's soul to be snatched away to a place and time unknown. ########## - Daily release! -Disclaimer the cover doesn't belong to me and if the artist asks, I'm ready to change it.