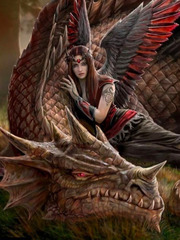 SHACKLED: The Curse of Haddon

The more he struggled, the more he felt himself dragged deeper into the swampy Cave. The shackles on his left foot scorched his skin. Intense pain shot through his spine to his heart. He was doomed. The moment he ventured into the forbidden, his fate was sealed. The roar of Haddon, the dragon-like spirit being that enforces retribution shook the surrounding caves. Horrible screams can be heard from further within the cave. Luciano Servius willed himself not to make a sound. Would that be his fate in the next hour or not? No. He has to survived. He must live. He has to save the next generation of Luca. But first he must find out if Persis, Flavia and Maximus still lives. He prayed they are alive. Because of him, his entire family has been offered to Haddon to purge the land of evil as prophesied by that lunatic Priestess, Liviana. Still nothing gets purged. The bloodbath continues, the demands for sacrifices threatening their very existence. The elders of Luca made a blood pact with Liviana some years ago. The curse of Haddon was unleashed on the land, and gory deaths have increased. Now, he must break it to preserve their lives and future.